ESN Poland for The Great Orchestra of Christmas Charity Foundation

For 29 years now, in spite of winter, one January day temperature runs high due to The Great Orchestra of Christmas Charity Grand Finale. This time they raised funds for paediatric laryngology, otorhinolaryngology, and head diagnostics. As ESN Poland, we lay emphasis on helping others and supporting the local community. Also, one of ESN causes is social inclusion, which means striving after equality and responding to people’s needs.

One year ago we decided to take part in The Great Orchestra of Christmas Charity actions and that is when we came up with an idea to create a guide about Erasmus exchange. It contained advice about accomodation, languages, trip preparations and general experiences shared by programme participants. E-book was created by ESNers for future Erasmus students.

This year we beefed it up with a new chapter about going abroad during the pandemic! The auction was really popular and over a hundred pieces were sold. 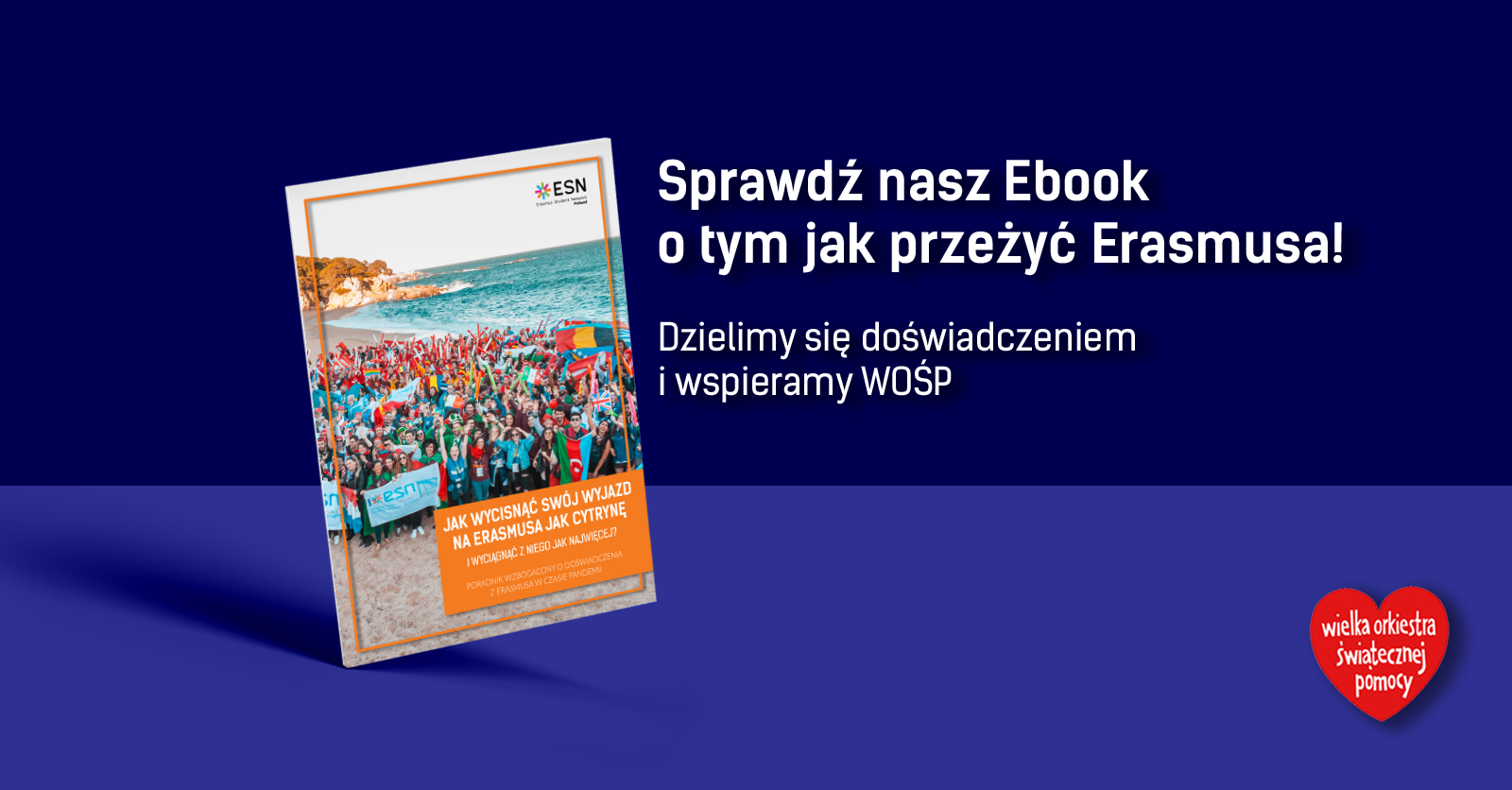 In addition we decided to share our skills and knowledge about remote collaboration. We prepared a webinar, which was led by Agata Lech, former ESN Poland President. It was held in English, so also foreign people could take part. Tickets for the webinar were bought by over 50 people! 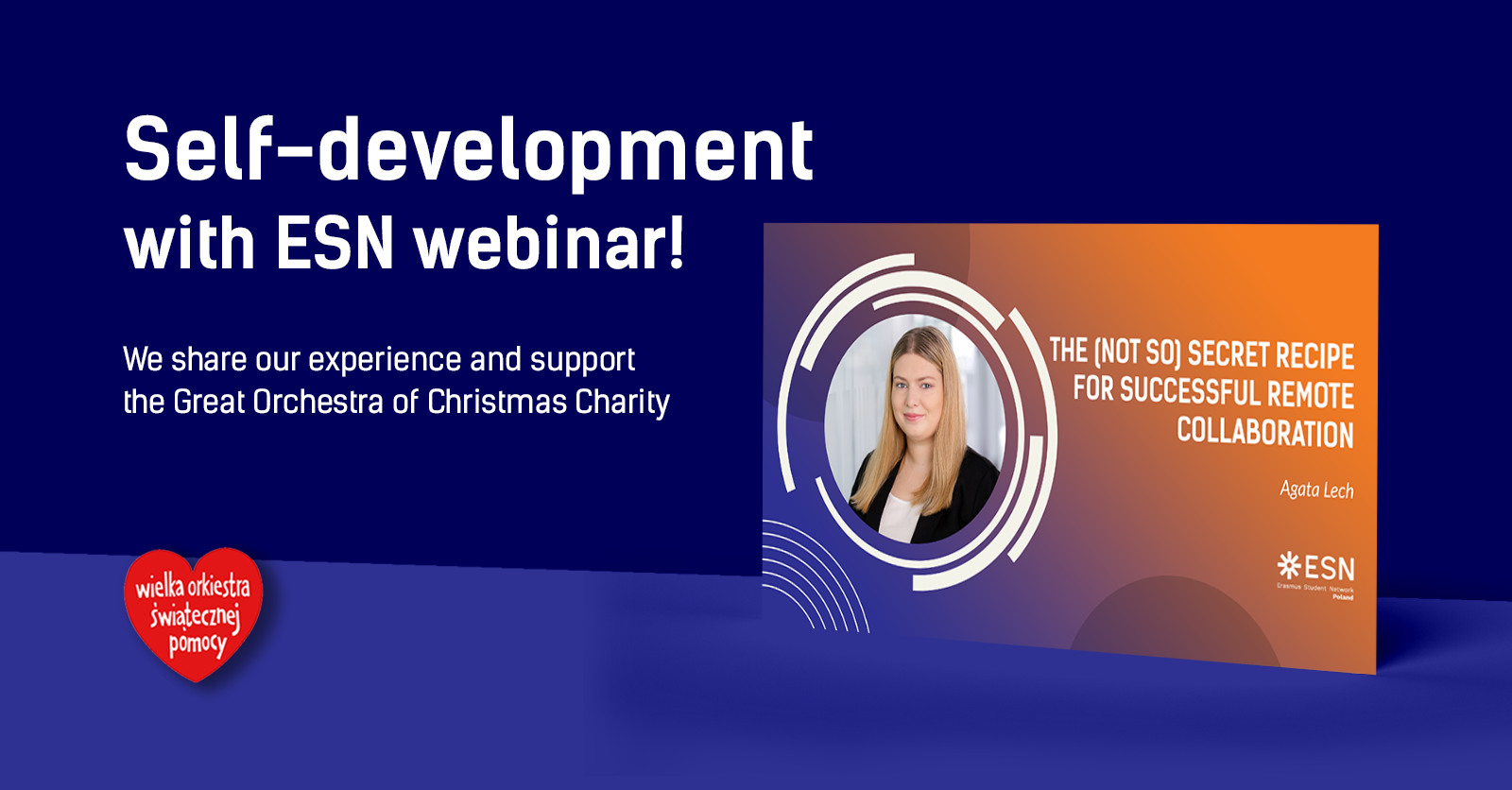 All ESN Poland members and ESN local sections willingly went in for #ESNforWOSP action and in that we could support The Great Orchestra of Christmas Charity with 1810 PLN.
Everyone who took part - thank you!